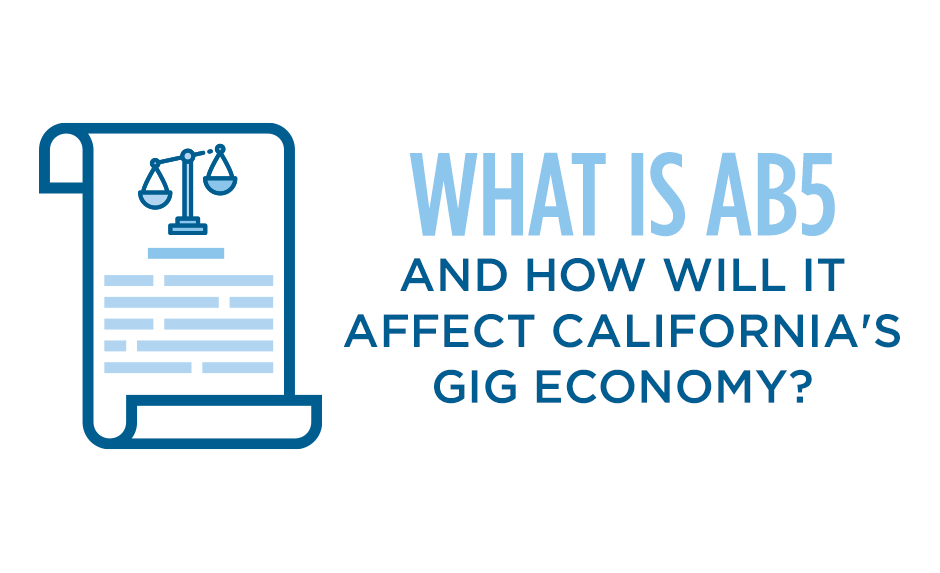 What is AB5 and How Will it Affect California's Gig Economy?

On June 10th, California’s Labor, Public Employment and Retirement Committee passed the state’s contentious gig-work bill with a vote of 4-1.

The groundbreaking proposal, AB5, was met with both enthusiastic support and protest in Sacramento last week from hundreds of gig workers. With AB5, the Senate committee weighed potentially turning hundreds of thousands of contractors in the state - such as Uber and Lyft drivers - into employees.

“AB5 is a new and innovative approach to address inequality and dignity in the workplace,” says the bill’s author, Assemblywoman Lorena Gonzalez, D-San Diego. California’s decision on freelancers could help create a model for the nation.

The bill, which passed the Assembly 53-11 in May, codifies and expands a 2018 California Supreme Court decision known as Dynamex. The ruling makes it harder for companies to claim that workers are independent contractors, determining that workers are employees if companies control their activities, if they do work central to the company’s business, and if the workers do not have independent enterprises doing that work.

But opponents say the legislation would devastate many businesses and hurt workers who prefer the flexibility of setting their own schedules.

The bill next heads to the Senate Appropriations Committee. If passed there, it would go to the full Senate floor, most likely in September.

﻿Hear from Eastridge's CEO, Seth Stein, on diversity, equity, and inclusion initiatives and how we are enacting change in our organization.

﻿In celebration of Women’s History Month, Eastridge will be shining a light on some of the phenomenal women within our organization. Take a moment and...